Days after being accused of sexually abusing a hotel clerk in Colorado, Kobe Bryant bought his wife, Vanessa, a purple diamond ring said to be worth $4 million.

The basketball star admitted to adultery. You can call the gift he gave his wife, Vanessa,  damage control or an honest effort at an apology.

No, this wasn’t some last-minute gift; according to People magazine, Bryant had ordered the sparkler two weeks prior.

Vanessa, 21, was dazzled and Kobe, 24, beamed. The jeweler Raffi, who also created the couple’s wedding rings, said of the couple, “They looked very happy together. When they left, Kobe and Vanessa were holding hands.”

One Los Angeles jeweler remarked, “I’ve sold stones for $4 million, but I don’t sell a lot of them. But he’s got a lot of money and he’s in a lot of trouble.”

Bryant was only formally charged with felony sexual assault of a 19-year-old woman on last Friday. The victim had accompanied the Los Angeles Lakers guard to his posh hotel room in Edwards, Colorado, on July 1.

Bryant confessed having consensual sex with the woman on the same day he was charged, but he denied using force on her.

Kobe defended himself against the assault charge at the news conference, but he also acknowledged having an affair with the accuser. Vanessa Bryant was at her husband’s side. 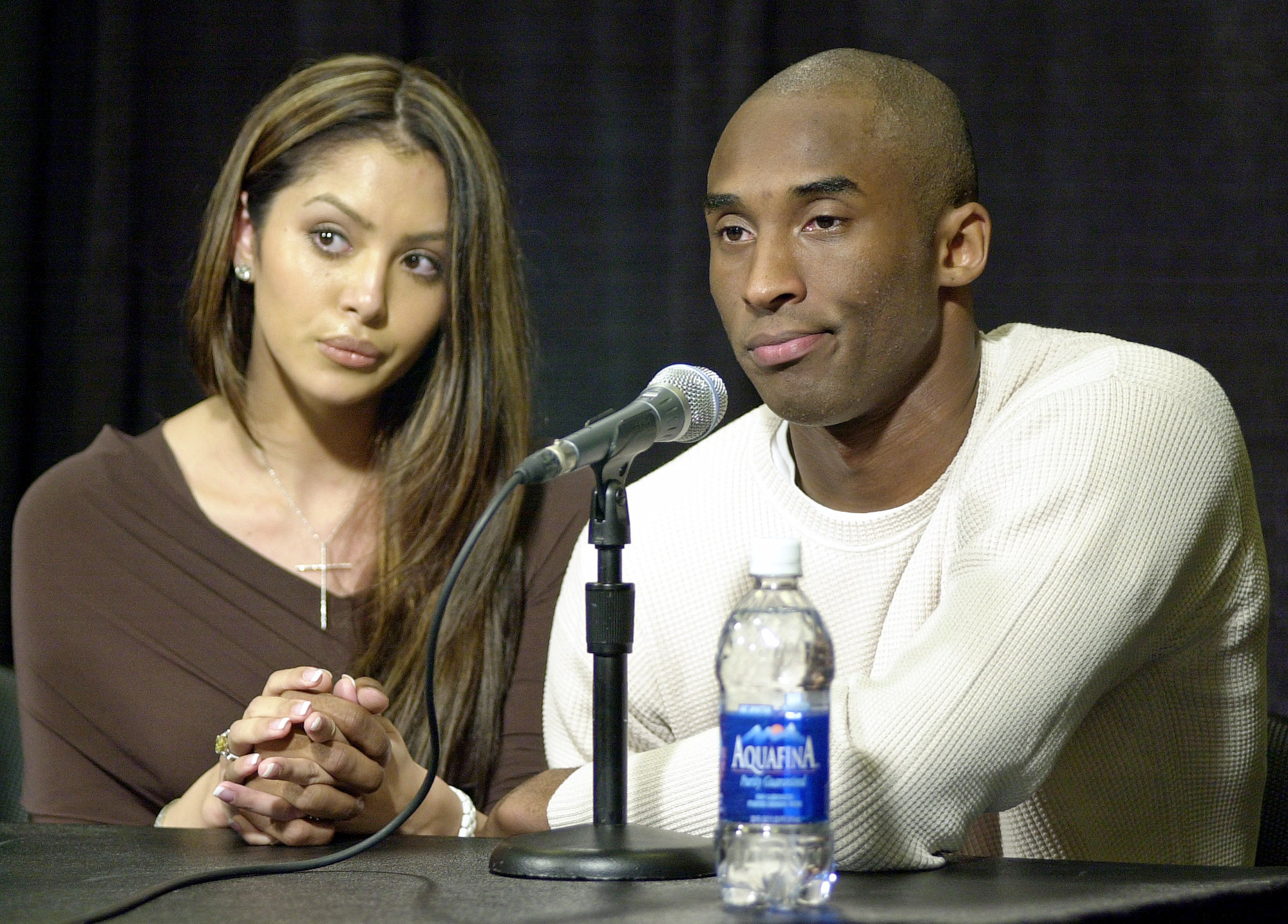 “He is a loving and kind husband and father,” she said in the statement. “I believe in his innocence. Because I know him to be innocent, I will stand by him and we will face this together.”

Bryant, who is currently out on a $25,000 bond, said “I didn’t force her to do anything against her will. I’m innocent.”

He went on to say, “I sit here in front of you guys, furious at myself, disgusted at myself for making the mistake of adultery. And I love my wife with all my heart.”

Bryant then said to Vanessa, “You’re my backbone,” as a tear ran down his left cheek. “You’re a blessing. You’re a piece of my heart. You’re the air I breathe. And you’re the strongest person I know, and I’m so sorry for having to put you through this and having to put our family through this.”

Bryant stressed, “I’m innocent. And together my wife and I and our family, we’re going to fight these false accusations.”

Purple diamonds are among the rarest colored stones in the world. “If you were to call me and say you were looking for one in that size and color, I would say I don’t know if it exists,” Simon Teackle, the head of Christie’s fine jewelry, remarked.

According to Amber Michelle, the editor-in-chief of Jewelry Connoisseur, a consumer magazine published twice a year, colored diamonds have been fashionable for a while in Asia. “But in the U.S., people are just now discovering them. People who have money have often developed collections of white diamonds, so they are looking for something different, unusual and unique.”